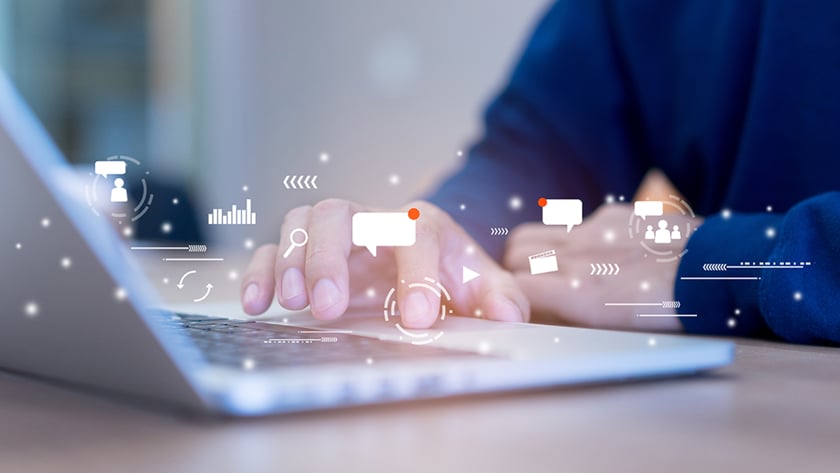 Making use of different forms of media allows businesses of all sizes to capture the attention of their audience and effectively promote what they have to offer. Media can be broken down into three categories: earned media, owned media, and paid media. Creating the most effective marketing strategy for your company depends on understanding what makes each type of media unique and how to balance your use of each kind to generate the best growth possible in a cost-effective way.

A form of word-of-mouth marketing, earned media is extremely beneficial for companies of all kinds. Earned media essentially is any kind of media exposure that isn’t paid for or generated by a business. Instead, it’s media attention generated by a genuine interest in what your company has to offer or your company’s community involvement.

For example, if your business is generating a lot of buzz based on its unique offerings, then local news media outlets may decide to run a story on it. But earned media is typically a lot simpler. Shares on social media, positive reviews, or mentions in blog posts are all earned media that will help build your company’s reputation.

Most of the time, paid media comes in the form of advertising. As opposed to earned media, which is any form of free exposure, paid media is advertising time or space you pay for directly. One of the most obvious examples of paid media is television commercials. When you pay for an advertisement to be created and pay for the ad time on a network, it’s not organic exposure but rather exposure you’re paying for.

While earned media creates the best ROI since there’s no direct monetary investment into it, paid media is a powerful tool you can use to create memorable impressions of your business for your audience. This is especially true if you invest in quality videos, compelling banner ads, and attention-grabbing social media ads.

Again, paid media can turn into earned media when done right. For instance, if you pay for a video advertisement that gets lots of shares on social media and gets people talking, you’ve essentially managed to make earned media out of paid media.

The most common form of owned media today comes in the form of company websites. When you create your website for your business, you own and control what users experience. Social media is akin to owned media but isn’t truly owned media since the experience users will have while interacting with your pages is largely shaped by the platforms they’re on.

Owned media isn’t exclusive to the digital space. Any types of media people encounter when inside your place of business, such as graphics, videos, and banners, are all owned media. Ultimately, your owned media will shape what your customers experience when they interact with your business, which makes it vital to earned media.

By putting the proper amount of energy into earned media, owned media, and paid media, you can enjoy better growth being generated in multiple ways.

Marketing a Home Services Business During a Recession